Just released the ITJobs Android app, it was a fun(sometimes) project to make.
The application supports devices with Android 1.6 or greater. For those people that says Android fragmentation is a non issue, I've to say they are wrong, it turns the life of developers extremely difficult and boring.
Too many versions and resolutions to take care about. I had the feeling of continuous patching just to support the largest devices that I could.
I've also found some nonsense and sometimes ridiculous bugs on Android SDK, I'll post about this later.

But overall it's not a bad platform to develop. What I've enjoyed the most was the flexibility about the XML layouts and shapes, the Eclipse IDE does the job and I think Java is a nice programming language.
Please send me some feedback, the app is available on Android Market: 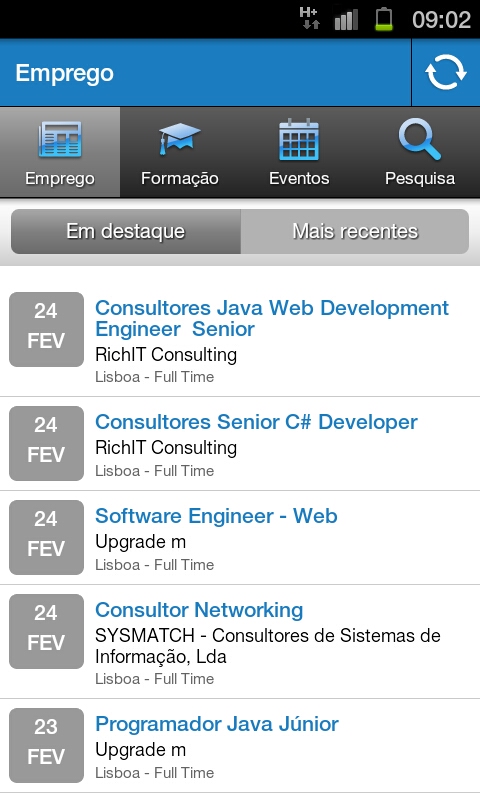 No comments yet.
Comments are closed.